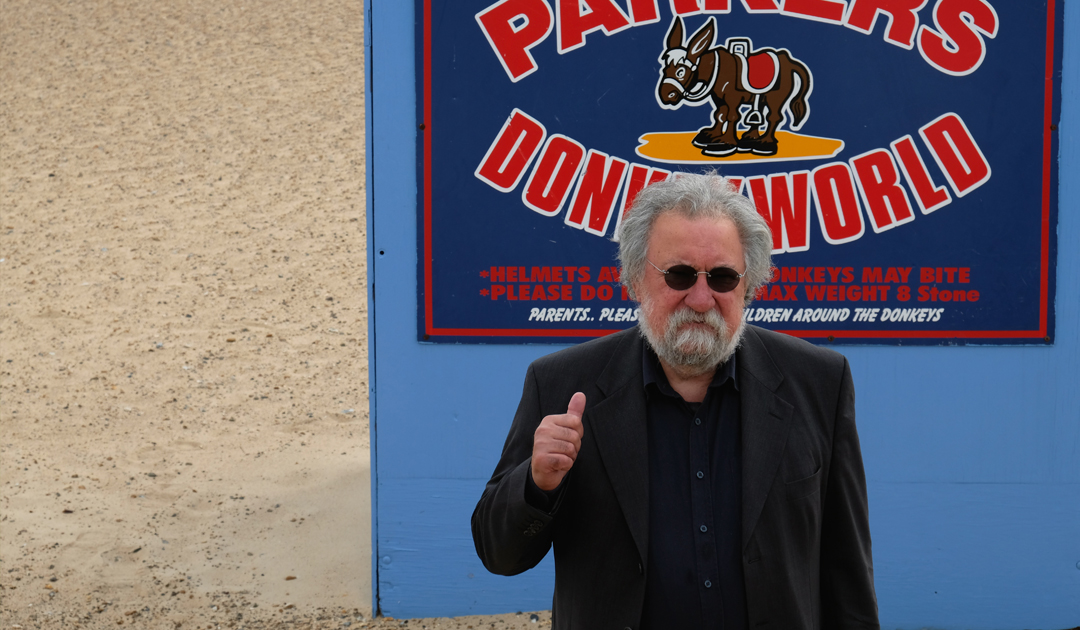 Evan Parker jazz saxophone revolutionary transformed the language and techniques of the instrument in the late 1960s and has since become one of the most admired and influential saxophone improvisers on the planet. Parker has been rewriting the book on the sounds that can be made with a saxophone for almost half a century, developing a remarkable post-Coltrane technique that has allowed him to play counterpoint on what was designed as a single-line instrument, generate electronics-like textures acoustically, and build a personal soundscape that avoids conventional tunes but has its own arresting lyricism. Parker has worked with comparable revolutionaries like John Zorn and Anthony Braxton, and played in experimental electro-acoustic groups and contemporary-classical ensembles – but he has also brought a sharp edge to more orthodox jazz lineups led by Stan Tracey, Kenny Wheeler and by the Rolling Stones Charlie Watts, and the celebrated South African orchestra Brotherhood of Breath. He has also recorded with singer-songwriter Robert Wyatt, with TV comic Vic Reeves, and has lent his inimitable sound to the more pop-oriented contexts of Scott Walker, David Sylvian and Jah Wobble. Evan has also curated festivals and run his own record company.

Agustí Fernández (Palma de Mallorca, 1954), with a perfectly based career and a well-deserved international reputation, is one of the Spanish musicians of major international projection and a world reference in the field of improvised music. Up to the current date he has published more than 90 cd’s. He has also worked with the recognised composer of contemporary music Héctor Parra, who composed in collaboration with the pianist FREC, a solo for expanded piano. Along his professional life Agustí Fernández has received much recognition. His solo for piano “Mutza” presented in New York in 2007 was distinguished by the New York magazine AllAboutJazz as one of 10 best concerts from that year. The CD “Un llamp que no s’acaba mai” on PSI (Agustí Fernández, John Edwards and Mark Sanders) has been distinguished by Allaboutjazz as one of the best 10 cd’s in 2009. In 2010 he received the “Ciutat de Barcelona Music Award” granted by the Council of Barcelona. In 2013 he received the “National Prize of Culture” granted by the Catalan Government.

Ivo Sans (Barcelona, 1976) Self-taught visual artist and musician. In 2002 he moves to Brussels where he work improvisation and jazz music with several music bands and musicians as Ilan Manouach, Michel Massot, Zahava Seewald (Tzadik), Erik Vermeulen, Ben Sluijs or Marc Ribot. In 2004 he meets in Gent (Belgium) Mr Kitai, owner of the Kitai Gallery in Tokyo, who will take him to show his plastic artwork in Japan twice, in 2006 and in 2011. In 2009 he moves back to Barcelona and continues his itinerary as a musician with some groups like the Free Art Ensemble (FAE), SAI with Sonia Sanchez and Agusti Fernandez or his own quartet named ISCCJMKMB with whom he is publishing this year the third album titled “Adorno”, again moving between improvisation and jazz. On the other hand, his work as a visual artist was showed in an exhibition that was held in November 2015 at the Centre d’Art Santa Monica (Barcelona).