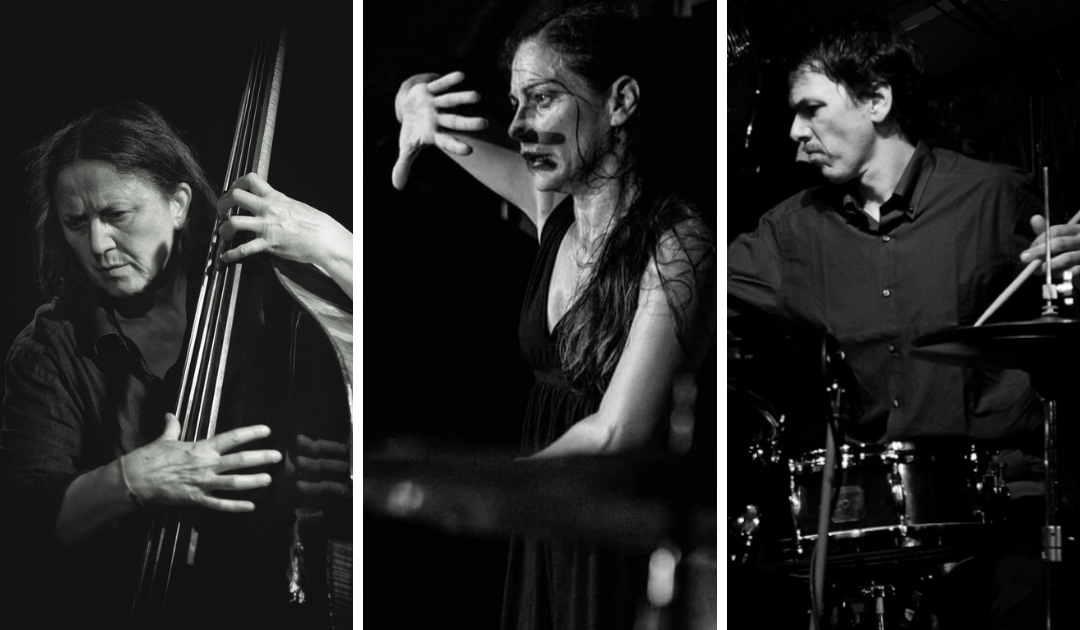 A production by Arts Santa Mònica.

The double bass, composer and improviser Joëlle Léandre will be one of the most significant presence from Festival Mixtur 2021. Léandre is one of the most important figures from the european improvisation scene and will be the Improvisation Workshop teacher during Mixtur 2021. Her concert in the festival will be attended by two prominent people from the local improvisation scene: strong bailaora Sonia Sánchez that overflows energy in every performance and restless, multifaceted percussionist Ivo Sans, one of the essential names on this field.

Sonia Sánchez. Dancer from flamenco and the Japanese body weather dance. She began her research between the attitude of the flamenco rhythm and the organic speed of body weather in 2001. In 2004, free music was added to her empirical path and since then she has dedicated herself every day to exploring all these horizons. She is currently working with musicians from the free music scene in Barcelona, ​​Europe and Japan, such as pianist Agustí Fernández, guitarist Nuno Rebelo. She graduated in 1992 as a Spanish dance teacher. Since then, her research, from flamenco, body weather and improvisation in sonorities and narration in her dance, lead her to give workshops in Mexico City, Seoul, Chicago, among others. Keep working from the lands of Montseny with the desire to continue transmitting what you discover.

Ivo Sans. Barcelona, 1976. Self-taught visual artist and musician. In 2002 he moves to Brussels where he worked improvisation and jazz music with several music bands and musicians as Ilan Manouach, Michel Massot, Zahava Seewald (Tzadik), Erik Vermeulen, Ben Sluijs or Marc Ribot. In 2004 he meets in Gent (Belgium) Mr Kitai, owner of the Kitai Gallery in Tokyo, who will take him to show his plastic artwork in Japan twice, in 2006 and in 2011. In 2009 he moves back to Barcelona and continues his itinerary as a musician with some groups like the Free Art Ensemble (FAE), SAI with Sonia Sanchez and Agusti Fernandez or his own quartet named ISCCJMKMB with whom he is publishing this year the third album titled “Adorno”, again moving between improvisation and jazz. On the other hand, his work as a visual artist was showed in an exhibition that was held in November 2015 at the Centre d’Art Santa Monica (Barcelona).