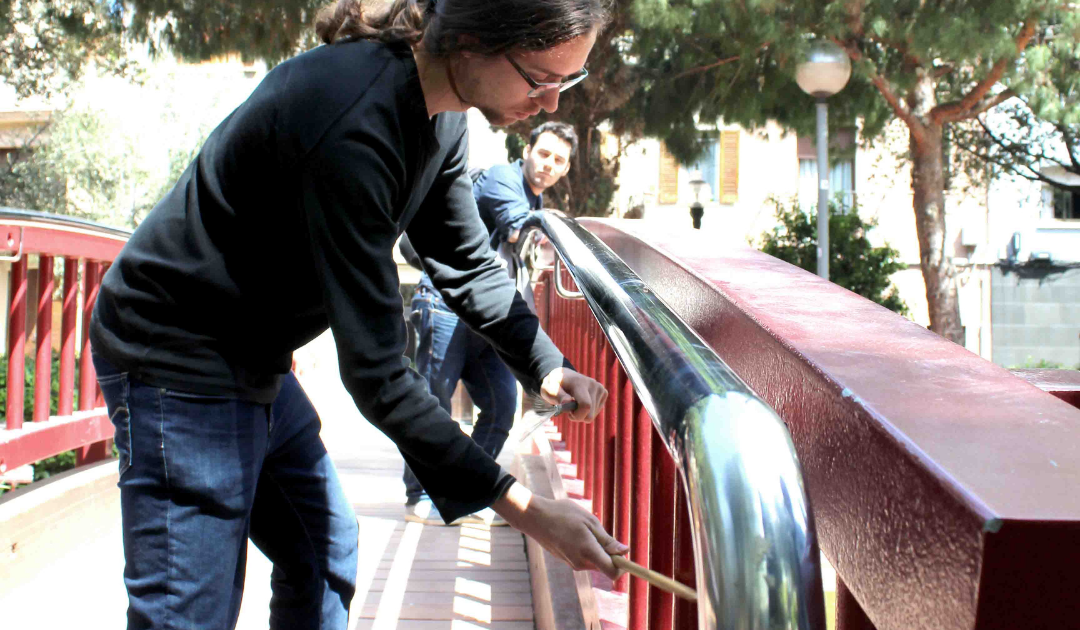 The boundaries between visual arts, musical theatre and concert music are often blurred. The everyday sounds, the noise and the sounds of nature are elements that composers usually incorporate in their works. Perception and different ways of listening are in question and are continually being rethought.

Carola Bauckholt, professor of the Composition and Sound Experimentation Workshop Mixtur 2021, presents for the second time at the festival the workshop “Instant Composing”, open to artists of different disciplines (composers, musicians, performers, improvisers, etc.) with the aim of developing, interpreting and deepening into short pieces in unconventional spaces. In this workshop the participants will develop, perform and delve into short pieces in unconventional spaces and explore musical and theatrical concepts through their instruments or other everyday elements.

A central theme of Carola Bauckholt‘s work is the examination of the phenomena of perception and understanding. Her compositions often blur the boundaries between visual arts, musical theater and concert music. She is especially fond of using noisy sounds, which are often produced by unconventional means (such as extended instrumental techniques or bringing everyday objects to the concert hall). It is important to note that these noises are not just part of some kind of a predetermined compositional structure, but rather they are carefully studied and left free to unfold and develop at their own pace lending the compositions their own unique rhythm.
She is a member of Akademie der Künste in Berlin. In 2015, she was appointed as professor of composition with focus on contemporary musictheatre at the Anton Bruckner Privatuniversität in Linz, Austria. She has been awarded in Young Composers of North Rhine-Westphalia, B. A. Zimmermann Today, Bernd Alois Zimmermann Grant of the city of Köln, World Music Days (1987), Cologne-New York Exchange (1989), West German Radio Competition (1989), Carl Maria von Weber Competition (Dresden 1992/3), Gedok International Orchestral Competition (1994), Stuttgart Composers’ Competition (second prize) and Boswil International Composers’ Competition (second prize).