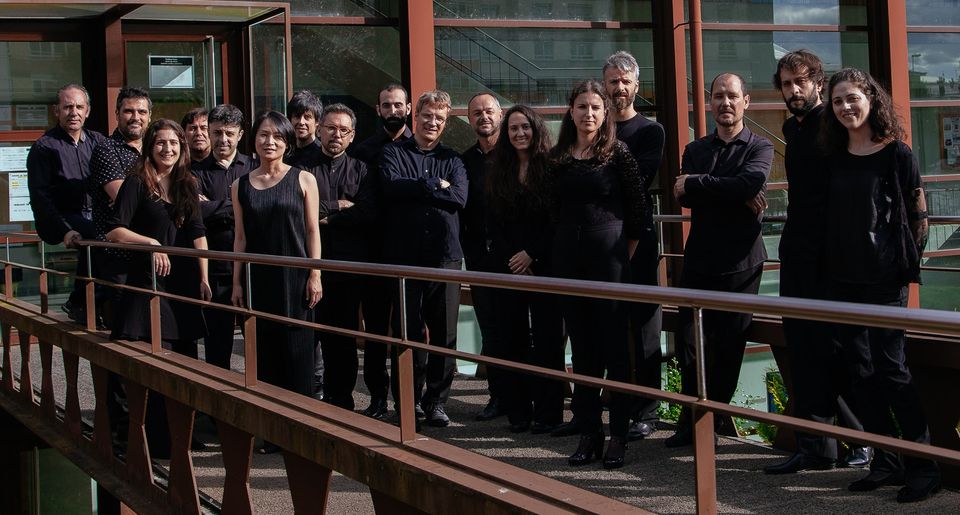 Since its presentation in 2011, which is now ten years old, Vertixe Sonora has developed an intense activity throughout the territory, with national and international tours. In addition to the 175 concerts, there are also informative and educational activities. Concerts in dialogue with the arts, with knowledge, with technology, with a strong commitment to musical creation that has created from Galicia 192 absolute premieres of composers from 37 different countries. Vertixe Sonora performs in concerts of his soloists, chamber music and ensemble, developing projects in the field of multimedia, dance, poetry and the performing arts. His work has been collected in the documentaries Correspondencias Sonoras (Manuel Del Río, 2013), Sonutopias (campUSCulturae, 2014) and Enrique X. Macías. La lira del desierto (Manuel del Río, 2020) in commemoration of the 60th anniversary of the composer’s birth. In addition to the CD with the finalist works of the XXVI Young Composers Foundation SGAE-CNDM, they recorded for WERGO the cycle Die Wanderung of the composer Lula Romero in Ins offene and for NEOS La dimensión de lo frágil, monograph on the Mexican composer Víctor Ibarra.

We planned an event with the rigorous form of the game, halfway between the happening, the theme party and the meeting between friends, in which we did not forget to invite nine composers of various generations and nationalities. The motto is clear: brevity. They will be short scores for various instrumental combinations with a maximum duration of three minutes. As there are exceptions in any rule, we will find two caveats. And a certain boisterous interactivity that blurs the boundaries between social event and artistic practice. With great affection we organize this tribute to our dear Josep María Mestres Quadreny, cheerful emancipator of so many ties, master of visual music and extra-disciplined, wise with intensely blue eyes. Connecting the present with an era of avant-garde and freedom that we feel so close, in which the appearance of musical electronics converges -founds the Phonos Laboratory in 1973-, the arrival of the first computers, the introduction of musical actions or the spontaneous participation of the public. Human history of friendships, complicities and affections that closes one of the most productive aesthetic and conceptual periods of Catalan creation.