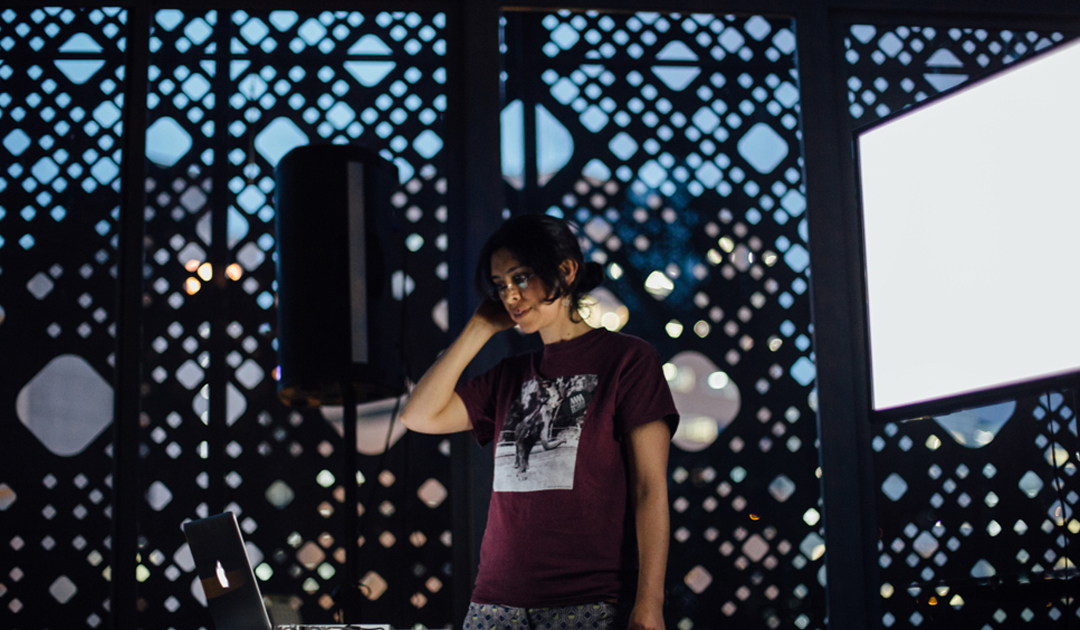 Lecture given by Ximena Alarcón

Ximena Alarcón is a sound artist researcher, interested in listening to interstices: dreams, underground public transport, and the migratory context. Her research focuses on the creation of sonic telematic performances using Deep Listening, and interfaces for relational listening. In 2007, she received a PhD in Music, Technology and Innovation from DMU. Since 2008 Ximena has studied the practice of Deep Listening with Pauline Oliveros, IONE and Heloise Gold, and in 2012 she received a Deep Listening Tutor Certificate from the Deep Listening Institute. She has been awarded with postdoctoral fellowships such as the Leverhulme Trust Early Career Fellowship 2007-2009 (IOCT- DMU) which led her to develop Sounding Underground; and a CRiSAP-UAL fellowship 2011-2017, where she developed telematic performances exploring the in-between sonic space in the context of migration. She is now a Marie Skłodowska Curie Fellow 2017-2019 at RITMO Centre for Interdisciplinary Studies in Rhythm, Time and Motion, Department of Musicology, at the University of Oslo, developing her project INTIMAL: a novel physical-virtual “embodied system” for relational listening, integrating: body, memory, migration and telematics.