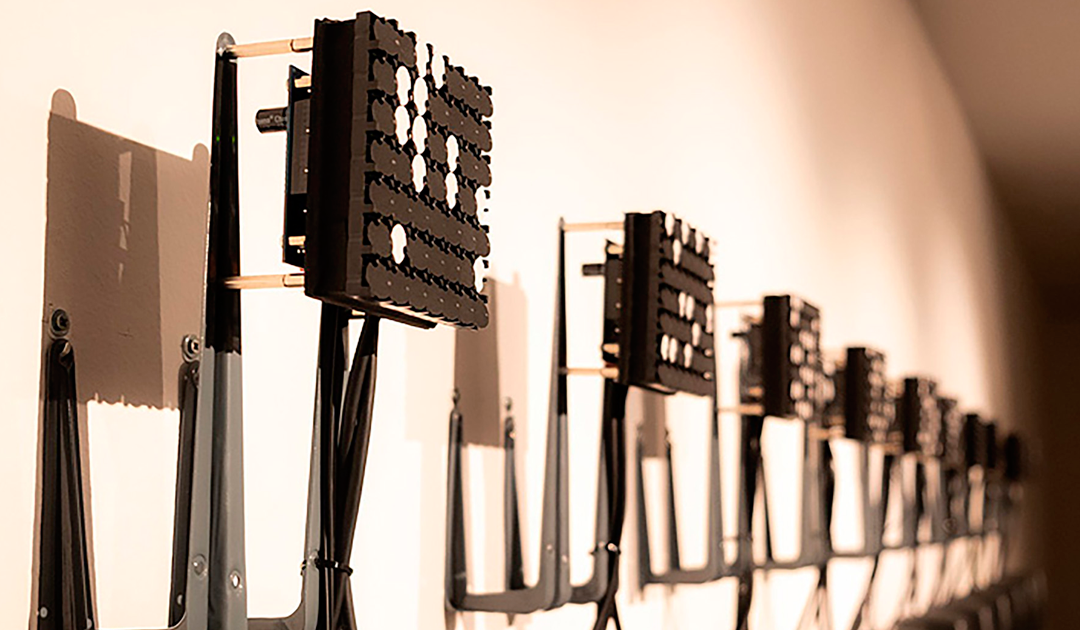 The installation Word Clock Counter Clock Wise (Places I Remember) is a machine, comprised of 12 loudspeakers and 12 electro-mechanical displays mounted in a row on a wall. It is programmed and driven by a computer, never changing what is does. From an objective point of view one may say it does not have a past or a future: It just loops. But this machine also seems to be relatable, tender in some moments, insecure in others. It offers to the spectator to relate to it, to perceive it as something more than a bunch of loudspeakers, mechanisms and cables. And by doing so it asks the question: How much of me is you?

Jan Mech and his artwork have two backgrounds: contemporary theatre and performance on the one hand, and electronic music on the other. He studied theatre, film and audiovisuals (Frankfurt a. M.) and began to mix these disciplines with sound experimentation during his stay at DasArts (Amsterdam). From that moment on, the centre of his work is the creation of sound pieces.

He has been an artist in residence in several institutions, and has participated in several solo and group exhibitions – among others Kylwyren (Hungarian Cultural Centre, Berlin, 2010), Factotum (Fundaciò Antoni Tápies Barcelona 2014),  Segunda Vez (MNCARS, Madrid 2018) and (Al)most life, after all.