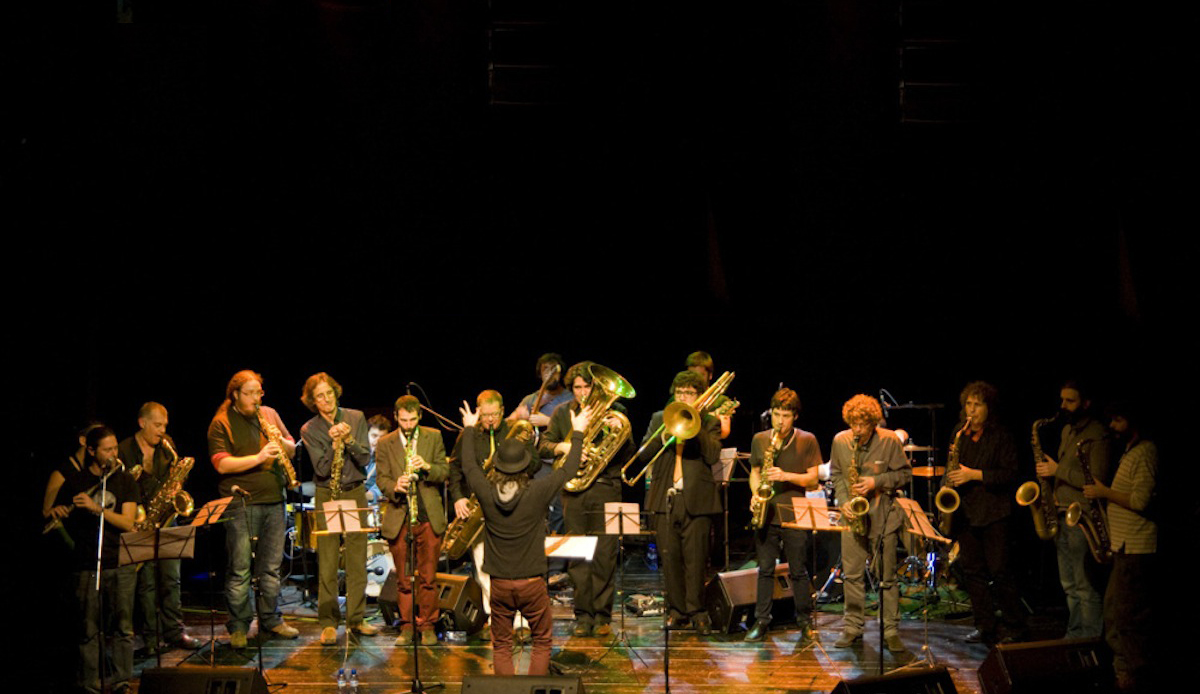 Discordian Community Ensemble is an open mutable group from Barcelona, that interconnects different improvising musicians for recitals and recordings, always using scores that display free and controlled improvisation. It was created by El Pricto on 12/21/2012 for the “Discordian Community Riot!!!”, a concert/event held by local record label Discordian Records. Since then they’ve released eight albums and have performed regularly in the Barcelonian underground musical circuit.

“Rumore-forme” is a composition for an orchestra of improvisers based on the ideas and art of Luigi Russolo. It is articulated in five movements that show a fractal growth pattern, in which each section expands proportionally as the work progresses. Each movement is named after Russolo’s painting on which he draws inspiration. Noise appears as the main sound element throughout the work, in line with the futuristic musical poetics of the Italian artist.