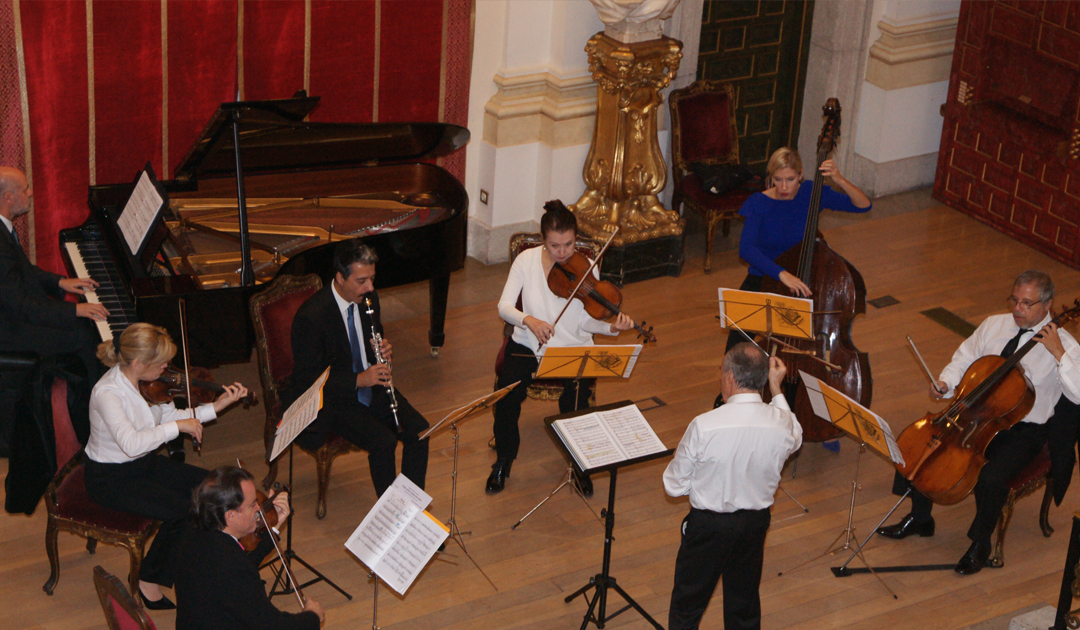 Sonor Ensemble is a chamber group formed almost entirely by members of the National Orchestra of Spain, and is an open, flexible instrumental ensemble, like most modern chamber groups, the number of performers depending on the requirements of the score to be interpreted, maintaining a basic representation of the various families of instruments.
A variety of composers have written or are writing works for the “Sonor Ensemble”, which reflects its commitment to the policy of first performances maintained since the outset, without neglecting the rich heritage of works composed during the last three hundred years. Its repertoire covers the traditional periods of the “Baroque”, “Classicism”, “Romanticism”, etc, but places particular emphasis on the great composers of the 20th century and on contemporary composition. It has thus established itself as an essential vehicle for the artistic expression of today’s composers.